Have you ever returned from an event, and can’t believe it even happened? Every day at DreamHack Denver felt long and packed with a million things to do, but post event it feels like it was all just a dream. Fortunately, we have cameras now!! I didn’t have a chance to vlog while I was there, but here are a few memories I want to share from my experience at #DHDEN17!!

I will start a bit out of order with MY MEMELEAGUE JACKET. I begged for this jacket non stop for months – they are very very limited!! Fortunately being a small in a male dominated industry means that there are usually extras in my size. I was taunted with it and he made me sprint after him to get it, BUT ITS MIIIIIIIIINE. Now I can be start trek AND dota. Thanks to @ivowashere & @raining_tea

Day 1! We arrived very very early for the morning show, the sun was just starting to come out. The venue is originally a rodeo arena/cattle auction etc. They (we?) turned it into a massive gaming festival. Also, with the magic of shadows, @real_gizmo and I are almost the same height.

That couch was my happy place – I 100% napped there post morning show a couple times. And I got to keep my cosplay and several outfits at the venue to make sure I was always ready for my day!! 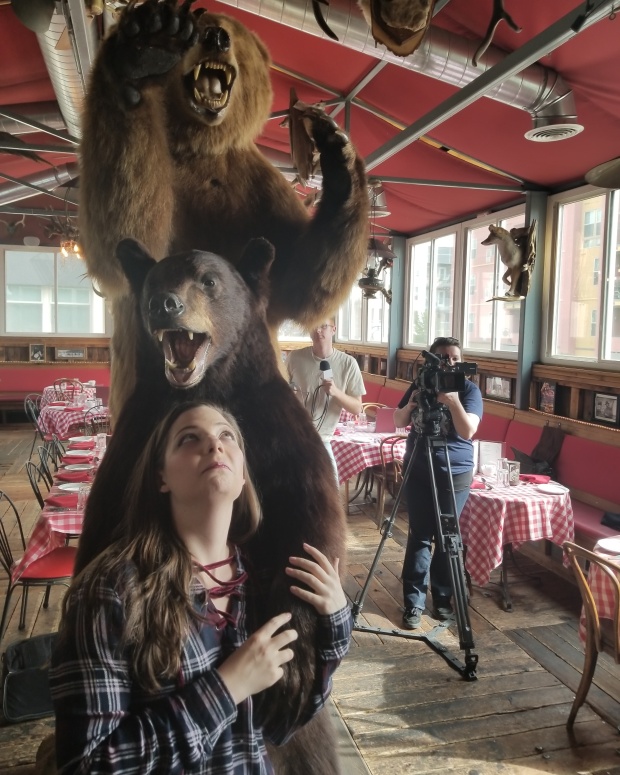 One of the black bears’ claws actually got caught in my shirt and ripped it. I have been officially clawed by a bear! I planned several content pieces for exploring the city of Denver, but Mitch (our main man at DreamHack for this project) had the best suggestion. We went to The Buckhorn Exchange, tried weird food, and took at look at the OVER FIVE HUNDRED animals they had there. You can check out the whole trip in our content piece. FMSlick (Fred) gave us all kinds of great info about the place.

This was right before the start of the Day 1 morning show that we streamed live to twitch.tv/DreamHack every morning! This show was a bit of a last minute project that tons of people came together on to make happen. I have never sent so many emails in my life, but it was worth it. I got to write, produce, help direct filmed content, oversee editing, AND HOST a live morning show!! I’m so glad I had a great co-host (@stuntmangene) and an awesome team to back me up, they helped make a first crack at making this vision happen.  There were plenty of technical difficulties, but now we know for the next DreamHack! 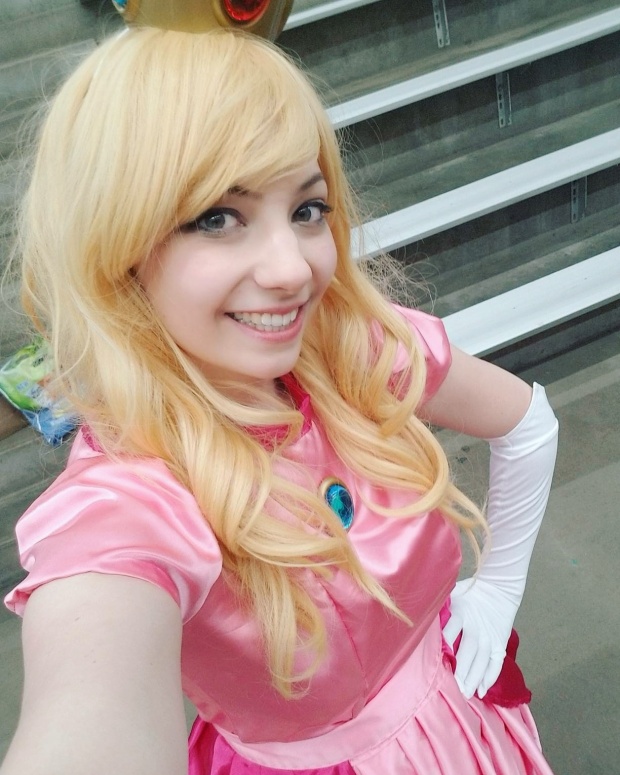 This was my cosplay for the event!!! I did cosplay interviews and I was the co-host for the live cosplay competition!! That was my first time doing that (there were a few struggles, but I think I did ok. My co-host and I did not have natural synergy unfortunately). I tried to pick a cosplay that everyone would recognize, rather than an obscure Dota one.

This was the view from the stage about 30 min before I went on for hosting the cosplay competition. It was a full house!

I also watched as DreamHack people run around in t-rex and inflatable cowboy outfits, we all went out to an arcade bar (where I played my first arcade games ever!), I shot my co-host in the butt at archery tag, and I explored Denver! 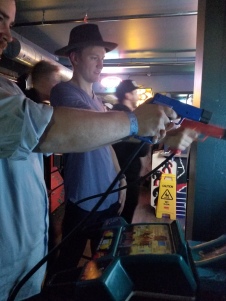 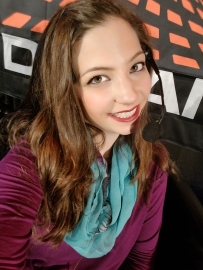 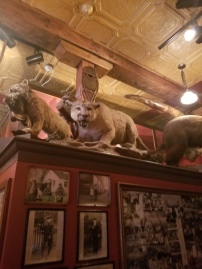 I was busy non stop – but I also learned that this is something I want to do as much as possible. I loved every second of this kind of busy, and I can’t wait for my next event. DreamHack announces their 2018 dates soon(TM)ish – hopefully I will be able to make it to a few!

Huge shout out to my awesome crew (led by Jeff & Louis) and all the friends I made who handled my hangry, hyper, and comatose mood swings and made the event so much fun. See you guys next time 💖💖💖

Reinessa is a freelance host, interviewer, and esports content creator. She is also an avid cosplayer, partnered twitch streamer, and just finished getting her Masters in Biochemistry.